Learn the truth about the Oscar-nominated documentary

This list is based on an article written in Portuguese by the journalist Luan Sperandio.

Please, share this link to any non-speaking Portuguese person who may have been deceived by Petra Costa’s lies.

The Brazilian director, Petra Costa, made a movie about Brazil’s former president, Dilma Rousseff. “The Verge of Democracy” talks about how Dilma’s impeachment was a coup and the beginning of the rise of fascism in our history.

However, nothing could be further from the truth. In fact, here’s a list of all the lies we could find in her documentary:

There were several popular protests against Dilma’s government. The protest of March 13th, 2016 was the biggest political act in the country’s history. The documentary shows only a few random reactionaries, hiding the true size of the protests and how the former president’s impeachment was wanted by the people.

Petra claims that Lula decided to become a politician when he realized that only 2 among the 443 congressmen were from the working class. Blindly, she trusts Lula’s speech, and doesn’t fact check it. In Brazil, we never had 443 congressmen.

A study made by World Wealth and Income Database concluded that Brazil’s income inequality didn’t change between 2001 and 2015. The economic growth of the country had little to no impact in reducing the inequality, specially because it benefited the richest 10%.

Mensalão was one of the biggest corruption scandals in Brazil’s history, orchestrated by the Workers’ Party. It existed basically to ease the approval of bills that favored Lula’s government.

While Dilma spoke against the banks, her government was actually the one who favored them the most in all Brazil’s history.

The documentary shows a protester against Dilma who said that “the Worker’s Party instituted ‘racist quotas’ in Brazil”. A research made by Ibope showed that 62% of Brazilians were in favor of three types of quotas for public universities access: low income, public school students and blacks.

The Documentary suggests that Lula created a specific program for the distribution of wealth. Actually, this program was created in the previous government of former president Fernando Henrique Cardoso.

When the wave of protests against Dilma were beginning in Brazil, Michel Temer wrote on his Twitter account: “The impeachment is unthinkable, it would create an institutional crisis. There’s no political or legal foundation for it”.

PMDB was a corrupt party that helped the Workers’ Party rise to power (Dilma’s vice president, Michel Temer, was from PMDB. In Brazil, politicians can have different party members as their vice president). In March 12, 2016, Temer kept PMDB’s alliance with the government.

For some reason, Petra thought it wouldn’t be a good idea to show the political and economic crisis of the Worker’s Party era. They made Brazil suffer with the biggest crisis in our history, with more than 12 million unemployed.

Leaked documents from 2013 show that the United States’ government was spying on Brazil’s biggest refinery, Petrobras. Although this is very grave, there is no clear connection between the espionage and Dilma’s impeachment.

The judge responsible for Operation Car Wash was not trained in the United States to purposefully persecute the politicians of the Workers’ Party. He merely participated in 2007’s International Visitors Leadership Program, the same program that Dilma herself participated in 1992.

The documentary says that Aécio Neves, Dilma’s main rival during the 2014 elections campaign, didn’t accept the election results, which is why questioned them to the Supreme Electoral Court. Later, he admitted that he only did that to annoy the Workers’ Party.

In the beginning, Aécio was against the impeachment, because he believed it would be better for him if Dilma stayed in office until the next elections, so he would rise as the savior of the country and win the presidency. He only started supporting the impeachment in 2016, and even then, he was expelled from a popular protest march against Dilma, because people thought he was being a freeloader.

Recent studies show that the influence of social networks’ algorithms for political polarizing was overestimated. Besides, left-wing groups use the same public debate places and websites as the right-wing.

The documentary claims that after a global commodities devaluation and a series of economic mistakes, a crisis began in Brazil. However, a report from the IMF (International Monetary Fund) shows that 183 out of the 192 analyzed countries registered economic growth above Brazilians’ growth between 2015 and 2016. According to the study, more than 90% of the countries in the world grew more than Brazil between 2011 and 2018.

As Petra Costa sees it, people in favor of the impeachment believed that Dilma was responsible for every problem in Brazil. She claims that without any sort of research or empirical data. A study by the economist Reinaldo Gonçalves concluded that around 90% of the negative economic performance in Brazil was due to Dilma’s awful policy.

Dilma suffered impeachment because the Congress considered her financial and accounting frauds a huge crime against the country. It wasn’t simply a “technicality” that took her presidency, as Petra Costa claims.

The main argument behind the impeachment’s request was that Dilma’s accounts were rejected in 2015 by the Federal Accounting Office, because of the financial frauds. None of that is mentioned in “The Edge of Democracy”.

In the documentary, Lula asks “why don’t they create an international commission to analyze if a fiscal fraud happened or not?”. Well, that’s what the Federal Accounting Office is for, and they concluded that Dilma actually committed that crime.

To the leftist former congressman, Jean Wyllys, Dilma’s fall begin in 2013, when she announced that rich people and bankers would have to pay for the crisis. She blamed the businessmen for the crisis, but it makes no sense to believe that they would manipulate the balances of their own companies (many going bankrupt), just to harm a president.

The documentary suggests that the former vice president, Michel Temer, was harming the laic State by saying that his government would be “a religious act”. In fact, what he really said was “what we intend to do now, in Brazil, is a religious act, an act of a reconnection with all the Brazilian society and the fundamental values of our country”. He was talking about unifying the society, which was polarized and divided after the impeachment.

A leaked audio file containing a conversation between the former senators Romero Jucá and Sérgio Machado shows Machado saying that it was easier to make a “national agreement” to change the government and “stop the bleeding”. Petra claims this to be the main motivation of the impeachment (political interest), but she doesn’t show the part where Machado reveals: “I think that Dilma’s exit should be her license or resignation. A license would be smoother. Michel [Temer] forms a national union government, makes a big deal, protects Lula, protects everyone”. The alleged “agreement” actually served to protect the Workers’ Party as well.

When Petra asks Lula if he regrets anything, he says that, when president, he should have made a law to “regulate the media”. However, in 2004, Lula actually tried to approve a new law that would create a counsel that would have the power to punish journalists that disagreed with the government.

Lula brags about protecting the freedom of press during the government, but that’s far from the truth. In 2004, he tried to deport an American journalist who wrote about Lula’s love for alcohol. Besides, his government spent millions of dollars with journalists that defended Lula and the Workers’ Party.

Lula also bragged about letting the “Congress work freely”, but under his government a major corruption scandal was uncovered, where they were bribing congressmen to approve new laws that would benefit Lula’s government.

The documentary claims that, after two years investigating, the only “actual accusation” against Lula was that he had received an apartment from a construction company. Petra ignores that he was being prosecuted for many other crimes (some of which he actually got away from). Lula was convicted two times, one for corruption and one for money laundering, besides being a defendant in 6 other prosecutions.

“The Edge of Democracy” suggests that Lula’s ex-wife, Marisa Letícia, died because of the persecution that Lula and his family were suffering. What the movie doesn’t tell the viewer is that the former president told many times that Marisa was the responsible for the corruption he was being accused of.

In 2018, Lula was ahead in the election poll for the presidential race. What’s not shown in the documentary is that he also had the biggest rejection amongst the candidates. This means that a victory wouldn’t be that easy.

“The Edge of Democracy” shows several congressmen justifying all sorts of weird reasons to vote for Dilma’s impeachment, thus concluding that the impeachment was unfair. However, the impeachment law in Brazil is not a merely legal instrument, but also a political one.

The documentary criticizes Lula’s bench warrant, when he was brought to the police for a testimony. However, judge Sergio Moro justified the bench warrant by claiming it was necessary to avoid riots and disorders.

“The Edge of Democracy” doesn’t really show the content of the conversation and focuses only in Sergio Moro’s decision to make the audio public. Because of the content in the audio, both Lula and Dilma were prosecuted for ‘obstruction of justice’ (they were later acquitted though).

The documentary purposefully edits a dialog that suggests that President Michel Temer has asked the businessman Joesley Batista to bribe the president of the congress, in order for him to keep his mouth shut about Temer’s alleged crimes. Temer has been considered free of all charges because this evidence was considered “fragile”. The police report concluded that this dialog had interruptions, editing, and inaudible sentences.

Petra criticizes the fact that congressmen who initially spoke against corruption were protecting Michel Temer. However, the investigations against Temer continued after he left office, and he was even under arrest for a while.

Before Michel Temer’s presidency, Dilma’s team was also favorable to this alteration.

In 2017, the D.A. office requested the government to make more specific laws on slavery, since more than 90% of the reports they received were considered unfounded. Additionally, Temer’s law that specified slavery never passed.

Dilma began working on austerity measures in 2014. In 2015, she cut approximately 87% of the government social programs.

In Brazil, there’s a law that prohibits people who have been convicted by a court to run any electoral dispute. Ironically, this law was sanctioned by Lula when he was president.

“The Edge of Democracy” loves to talk about polarization and the weakening of democracy, but it ignored the attempt on the life of Jair Bolsonaro in 2018, the most popular candidate (who eventually won that election).

Marilia Andrade, Petra Costa’s mother, isn’t a complete stranger to her family’s business, as the documentary suggests. In fact, she is one of the shareholders and heir to Andrade Gutierrez and has frequently participated in the company’s activities. Andrade Gutierrez had to pay a fine of more than US$ 380 million for participating in the corruption scandal investigated by Operation Car Wash. 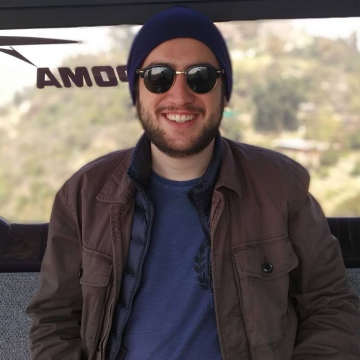