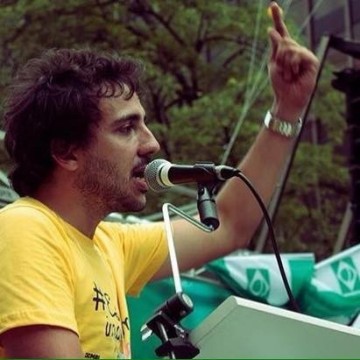 Following the appointment of Ernesto Araújo, Brazil is increasingly abandoning its sober and pragmatic disposition in the diplomatic game in order to navigate the turbulent seas of geopolitical warfare

As expected, Jair Bolsonaro’s opening speech at the UN has divided opinions. His detractors said the president has “belittled the country“, “was spiteful” and “conflict seeking“. That’s how the tweets of leftist opposition leaders and influencers not aligned with the government are framed:

On the other side, the sphere of the pro-government influencers got quite excited. For some, ‘this was the best speech of a brazilian at UN’, a‘slap in the face of globalists’ and a ‘statement of the nation-state‘. That was the tone of Bolsonaro’s supporters in Twitter:

On my part, I understand the feeling from the Worker’s Party supporters and Bolsonaro’s supporters: the former, directly hit by the presidential speech, are only reacting to an open and explicit attack by the president; the latter, enchanted by the moment of affirmation, are thrilled with the achievement of a relevant platform to spread their ideas. Nothing new here.

The president’s speech was deeply ideological. Written in conjunction with his son Eduardo, General Heleno and Filipe G Martins – a sort of exponent of Olavo de Carvalho at the government palace – the speech is based on the reassertion of the profile they’ve built for the president and the alignment of Jair with the national populist bloc, conceived by Steve Bannon.

It is symptomatic that Filipe defiantly tweeted aiming at the so-called globalists: “Not today,” he said, triumphantly. The president’s final line, “The UN is not an organization of global interest, but it is the organization of nations united. And so it must remain” is a clear message of the reassertion of the role of the nation-state in counterpart to global organizations and transnational global policies that the Bannon-aligned group fights so much.

It is important to illustrate this point in view of the fact that there is, indeed, an orchestrated campaign converting the theme of global warming into an announced apocalypse. The hysterical and theatrical Greta Thunberg’s speech last monday (23) – bloated by the world press as a macabre prophecy – is a major representation of such political maneuver.

Bolsonaro’s Brazil is the perfect villain for such an arrangement; Jair is the ‘far-right monster’ willing to catch fire in the Amazon and in the giraffes in the eschatological realms of the swedish girl. Also, he made no attempt to escape the global trap around the topic: his speech sought conflict and did not sound convincing when tackling with the theme of Amazonian fires.

“It is a fallacy to say that the Amazon is part of the world heritage, and a mistake,as scientist do say, to speak of our Amazon as the lung of the world” was the clearest part spoken by the president on the subject, unmistakably attesting to brazilian sovereignty over a considerable part. of its territory. Untouchable. Though, I consider it insufficient if his goal was to end the controversy fueled by europeans and the press on the ambiental topic.

Bolsonaro could wave – strategically, I emphasize – in the direction of openness to “help” and “conciliation” rather than investing in diplomatic discord. He wears, most truly, the villain’s robe that his political opponents long for on the international playfield. These want to capitalize on Brazil to bite an important electoral share; Jair wants to polarize with them to please the electorate and serve Bannon’s overall plan.

It is part of the game. Following the appointment of Ernesto Araújo, Brazil is increasingly abandoning its sober and pragmatic disposition in the diplomatic game in order to navigate the turbulent seas of geopolitical warfare. All cool, all going just well.

But let’s not forget one thing though: we are a poor and export-dependent country to the very same countries we call “globalists” or members of the “Russian-Chinese bloc.” Immersed in economic and political crisis, we are not at a point of choosing partners and endorsing fruitless crusades.

It’s time to pay the bills and attract investors, a message that went unnoticed amid the “Deus Vult” atmosphere at the General Assembly.